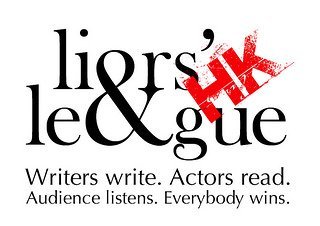 In the beginning, there were two. She, wandering barefooted in the snow, clutching the torn and bloody dress to her chest and he, a bulky old warrior, covered in wolf skin, sword by his side. They noticed each other in the distance, mirroring shadows in flight. Their trajectories seemed to glide together naturally against their better judgement and desires.

The first real glimpse they caught of one another equally frightened them. She thought him a monstrous wolf of legend. He saw a spectre, draped in white, with a fiery halo wiping up around her face. But the storm receded and playful nature took away their fantastic attributes and they were left in front of each other as they were: he, a one-eyed Norseman, towering above her in height and girth, bearded and scowling, his sword conspicuous, and she, a Roman matron, small in frame, red haired, trembling in her fluttering white dress, but clutching in the torn fabric of her dress, a hidden dagger. He visibly relaxed while she continued to shake irresolutely, whether from cold or fear she did not know anymore.

The Norseman moved abruptly, taking out his sword and she was ready with her dagger, but he simply planted it in the ground, then speaking in his own language, loud and uncouth – or so it seemed to her – removed the wolf skin from his shoulders and, nearing her, draped it around her shaking figure. He held it tightly around her neck with one rough palm. When she did not move, he raised his fist closer to her face and repeated the same words again. It only then occurred to her that he wanted her to hold the fur around her shoulders herself. She reached out a hand, still pale with cold and replaced his firm hand.

When she awoke, it was to a smell she had not felt in days, that of meat roasting. It was night. The cold was biting, but in her fur cocoon, she felt protected. The Norseman had prepared a fire on which he was now roasting the carcass of a deer. He caught her hungry look and said something. She chose to think of it as an invitation and, shuffling to the fire, sat down by it expectantly. He laughed and with his sword cut off a deer leg and gave it to her. The Norseman ate noisily and with great appetite. She noticed he had fashioned himself a new cloak from the deer’s skin, although it barely covered a shoulder of his massive body.

After their meal was finished, the Norseman was in high spirits and began talking energetically. He was trying to tell her a story, however not one about himself, nor of the real world, but a story about heroes. And while his words made little sense to her, his gestures, the tone of his voice and face spoke volumes. She knew when the story was suspenseful or when a god was enraged or a maiden in love and there was nothing quite as amusing as seeing the expressions pass over his face and the energy he put into his explanations and, at some point, she found herself laughing. He was pleased for she had laughed at the right point in the story. The moon waned and they fell asleep, huddled next to the dying fire.

She awoke while he still slept and felt indebted to his kindness. She walked around while he was sleeping and found a tree in the forest still bearing fruit. She brought an armful back to the Norseman and laid them in a neat pile before his sleeping face. When he awoke, he was delighted and with his ravenous appetite consumed them all.

Time passed in this vein for so long they lost track of its existence. The winter seemed never ending. He was not handsome, but he smiled so kindly. He was past his prime, but not yet grey. He thought she was sparrow like, graceful and small, her voice, when she finally spoke, like the thrills of birds in spring. They never spoke of their lives and they never really understood each other completely in speech, but there was a deeper current of underlying weariness that united them. They were man and woman, Roman and Norse, Odin and Juno. Yet, this Juno, weary of her husband’s infidelities, had slain him in his sleep where all his soldiers and Caesars could not save him. And this Odin had feared the relentless forces of fate and fled from the final battle that had brought down his Asgard. It was in such a way that they had fallen. Hopelessly mortal and flawed beings, where was their absolution? But it was easier to live in their world of two, in harsh winter, in the warmth of fire and fur and companionship, and not think of their scars.

Gradually, the Norseman began to grow contemplative and she felt afraid. If they moved on from that place, the world and time would begin again and they would not be able to continue together in that vein. His society would dictate that she would be his plunder, hers that he be her willing serf. He understood as well as she and as he grew more determined to face the destiny he had run from, he knew she would have to face hers one day, but she was not willing yet. On the last evening, sitting by the fire, he spoke softly and for the first time he told her of his life. But because he was no longer exuberant in his explanations, his face a mask, she did not understand a word. All she knew was that it was a sad story.

He left and took the cold with him. The snow had begun to melt and from the dead leaves beneath, the first flowers of early spring bloomed. Behind him he left nothing but crude carvings in the bark of a tree. She touched them gingerly and tears came to her eyes because she did not understand them. Her cries were interrupted by the sound of marching feet and over the barren hill, an army of cowards, running from war, appeared. Who were they and where were they running to? She realized that they, like her, could go no further. Like her, they were lost, and looking back at the Norseman’s symbols she thought to herself they were not unlike a curse. And why should there not be such a place? A place where wanderers could grope in the darkness of their own despair.

As for the Norseman, did he die? Did he find absolution? She would never know, as she would never understand the words he had carved out with her dagger: This is a place of hope.

Originally read on 26 November 2013 at the Fringe Club in Hong Kong in an event organized by: